Abu Dhabi Chamber of Commerce and Industry, in cooperation with the Korea International Trade Association (KITA), organised the UAE-Korea Business Forum, which was attended by His Excellency Yoon Suk-yeol, President of the Republic of South Korea. During the Forum, His Excellency encouraged Emirati investors to benefit from South Korean investment opportunities and expertise in vital sectors, affirming South Korea’s commitment to enhancing economic cooperation and partnerships with the UAE, its strategic partner in the Middle East. 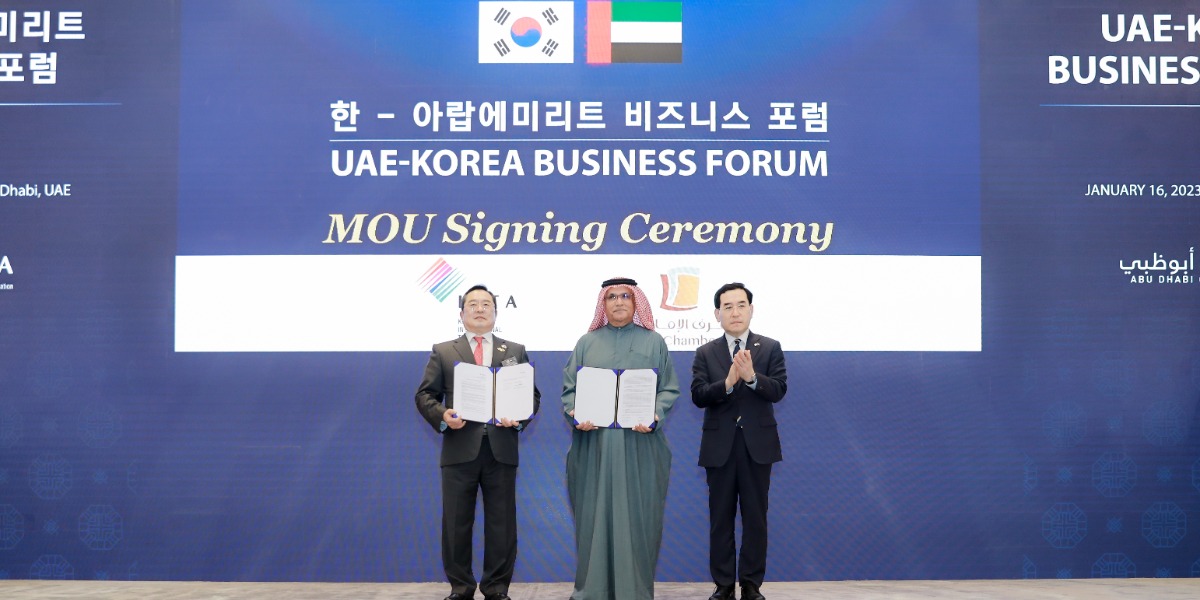 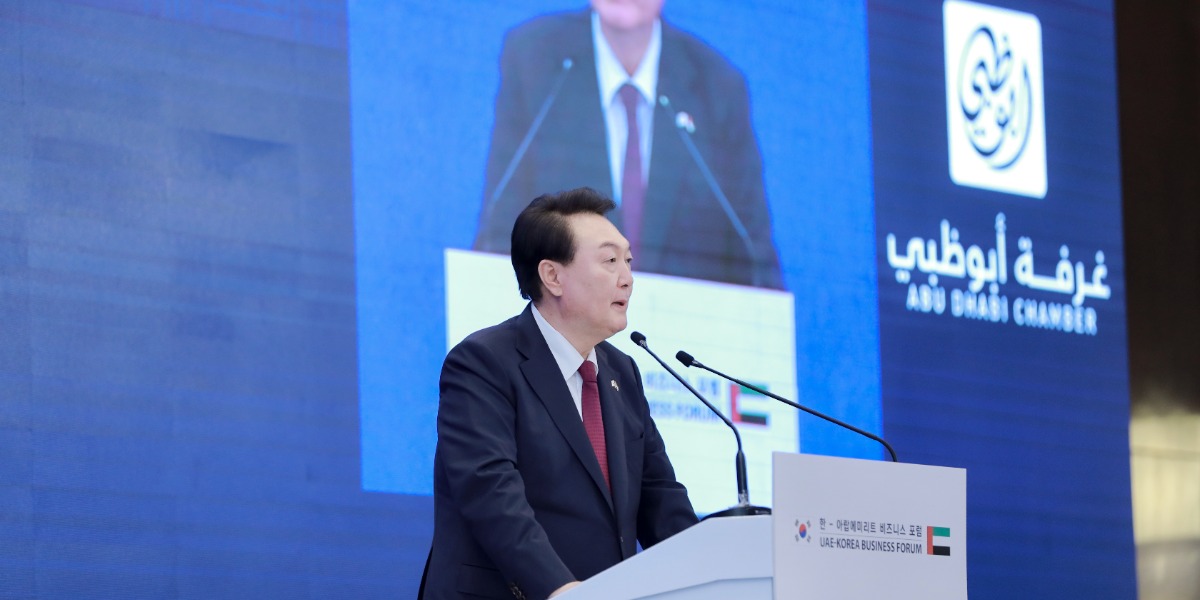 The Forum was attended by His Excellency Abdulla bin Touq Al Marri, UAE Minister of Economy; His Excellency Ahmed Al Sayegh, UAE Minister of State; His Excellency Abdulla Mohamed Al Mazrui, Chairman of UAE Chambers and Abu Dhabi Chamber, and a numbers of Board Members of Abu Dhabi Chamber. The Forum was also attended by H.E. Christopher Koo, Chairman of Korea International Trade Association (KITA), and senior officials and representatives of the private sector from both sides, who discussed ways to enhance trade relations and diversify economic cooperation between the UAE and South Korea.

H.E. Abdulla Bin Touq Al Marri, UAE Minister of Economy, said: “The UAE and Korea have always shared warm and friendly ties, and the vitality of our relationship is reflected in the increased trade volume between our countries, the rise in investment flows and the movement of people, professionals and entrepreneurs. For example, in 2022, there was a 20.4% growth in the volume of non-oil trade exchanges between the two countries during the first nine months of the year compared to the same period of 2021, reaching almost US$4 billion. At the same time, UAE’s non-oil exports to Korea grew from $450 million in the first nine months of 2021 to $560 million in the first nine months of 2022 – an impressive 24% growth, while re-exports witnessed 14% growth.”

“The Korea-UAE Business Forum is an excellent opportunity to discuss the strengthening of the existing economic partnership between the UAE and South Korea in the coming stage, at a time where the Global economy is undergoing important changes and the UAE is accelerating its transition to a new economic model,” H.E. added.

In his opening speech, His Excellency Abdulla Mohamed Al Mazrui, Chairman of Abu Dhabi Chamber, said: “The Forum represents an exceptional opportunity for participants from the public and private sectors to exchange experiences, explore opportunities for cooperation, and build strategic partnerships in sectors of common interest.”

His Excellency added: “The UAE and South Korea have solid and strong relations, which helped expand cooperation and partnerships between the two countries in all fields, including political and economic relations. I would like to thank all the organisers, particularly KITA for its pivotal role in showcasing investment opportunities, coordinating the development of existing partnerships, and paving the way for further cooperation. This plays a key role in supporting the two countries’ plans for shaping a better future and building upon the unique achievements in various vital economic sectors, including energy, infrastructure, biology, medicine, space, defence, and future technology.”

Christopher Koo, Chairman of the Board of Directors of KITA, said:  “The Republic of South Korea is confident that it will become one of the top economic cooperation partners of the UAE, a country that we are very proud of our relations with. For more than 40 years now, South Korea and the UAE have built trust and collaborated on major projects, including the launch of the Korea-UAE Private Economic Cooperation Committee to drive comprehensive development of the two countries.”

As part of the Forum, 23 agreements between the two parties were signed to enhance cooperation. The Forum also included presentations by a number of officials from both countries on significant investment opportunities in a number of vital sectors, as well as bilateral meetings.